Compatibility with wireless applications: This antenna cable adapter's range of frequency band compatibility (from 0 to 18GHz), low broadband VSWR, and 50 Ohms impedance matching, makes them suitable and compliant for all the following applications:

N is the largest of RF connector types, and very common to see on large antennas (most large, outdoor antennas have an N-female connector).

GENDER DETERMINATION: GENDER of SMA and N IS COUNTER-INTUITIVE: Please observe picture & note it is correct. The gender is referring to the coaxial-cable pins on the inside-not to the threads. 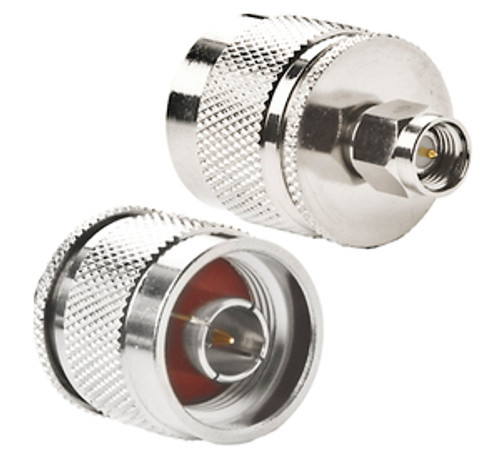