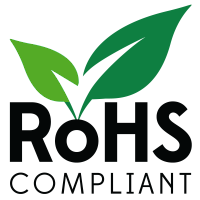 Our antenna cable connectors and adapters' composition is mainly of copper alloys. The germane RoHS 3 Exemption is rules item 6(c): Lead as an alloying element in copper containing up to 4% lead by weight.

Regarding other elements, that are not composed of copper alloys, of our antenna cable products (and of our antennas that are stated as RoHS compliant):

Since the introduction of RoHS, there has been a concerted effort by manufacturers of coaxial cables (of the type used in antenna cables) to convert the materials used to become compliant without loss of performance. These products are either designated as RoHS compliant or ‘environmentally friendly’ as similar ‘lead-free’ or ‘heavy metal-free’ standards exist throughout the world.

Efforts to achieve compliance in the design and manufacture of coax cables has mainly involved the elimination of heavy metals such as lead and cadmium in the alloys that comprise the conductor, shielding and connecting ends. With RoH3’s focus on phthalates, the focus will soon also be on the inner dielectric and plastic outer layer. Many fluoropolymer products such PTFE, PFA and FEP tubing are already compliant with RoHS2.

The maximum allowable percentage of each of the restricted substances is less than 1000ppm. RoHS3 compliance as of June 2019 is applicable to all components of the coax cable including the central conductor, dielectric, foil and braided shielding and outer insulation. Pigments in the cabling, and any alloys used in connectors and braiding must also be scrutinized. Exemptions exist for lead and cadmium in certain hard-type alloys if it can be demonstrated that there is no viable alternative.

Non-destructive RoHS testing can be used to establish that the cabling is compliant. Testing techniques include the use of X-ray fluorescent (XRF) spectrometry with results given using a pass / fail criteria. Most manufacturers and distributors provide a statement regarding their RoHS compliance and certification or test results with their product specification.

Antenna connectors and connector-ended Coaxial Cables assemblies need to achieve compliance or utilize RoHS exemptions to achieve a product that is viable for marketing to the EU. The metal alloys and plating used in connectors are of critical concern. Connector materials need to be hard-type alloys and corrosion resistant.

Cadmium is a restricted material that is often present in connectors using exemptions as it has notable corrosion resistance and low electrical resistance. Lead is also a harmful substance that had widespread use in not only the alloys but solder. The softness of this metal offers enhanced malleability and machineability when alloyed in the bended brass components in antennas and screw-machined RF coaxial connectors.

Many manufacturers use exemptions on lead with levels of up to 4% in copper alloys, 0.4% in aluminum alloys and 0.35% in steel alloys which may be used in the manufacture and engineering of connectors.

RoHS3 is the newest iteration of the Restriction of Hazardous Substances Directive, a piece of EU legislation developed by the European Commission which is also known as the 'Directive on the restriction of the use of certain hazardous substances in electrical and electronic equipment'. It is centrally directed and implemented and enforced in each EU regulatory legislation is centered on restriction of the use of various hazardous materials in the manufacture of electrical and electronic equipment, also known as (EEE). As the laws contained in this directive have evolved the breadth and scope of the initial legislation has broadened to become RoHS3. This law has implications for anyone involved in the design, manufacture, import, export, wholesale distribution, retail, consumption and disposal or recycling of EEE. It is also aligned with WEEE the Waste Electrical and Electronic Equipment Directive (WEEE Directive), which oversees the collection, disposal, recycling and recovery of electrical and electronic goods. By 2019 all EEE products that rely on electric current or an electromagnetic field for at least a single function, will come under this directive.

Though the law is colloquially described as the "lead -free directive:, the initial version of RoHS was initially specifically concerned with restricting the use of 6 key hazardous materials:

The last four materials on the list above were added in RoHS 3, which built on previous legislation to add those four new materials which are all phthalates and typically work as plasticizers in insulation and cable coatings. Additional materials were suggested for investigation.

RoHS 3 came into effect on the 22nd July 2019 with additional consultation currently in progress which delays publication of the full directive until 2020. This legislation has global impact on manufacturers, of electronic parts and sub-assemblies such as connectors and cabling as well as those who sell, sell-on or resell within the EU.

A number of exemptions exist for RoHS restrictions, typically where the prohibition would render an application scientifically or technically impracticable, especially where there is no reliable alternative.

RoHS was developed as an effort to mitigate the effects of a number of harmful substances used particularly in electronics, on human health and the environment. The disposal of increasing quantities of hazardous electronic waste is a particular concern. The directive aims to improve safety at every stage of the life cycle of EEE.

The first version of RoHS, known as RoHS1 was adopted in 2003 by the EU with the law taking effect (meaning it became enforceable in member states) in 2006.

Conformity and compliance with the directive also became part of the CE certification which is required for goods to be sold within the EEA.