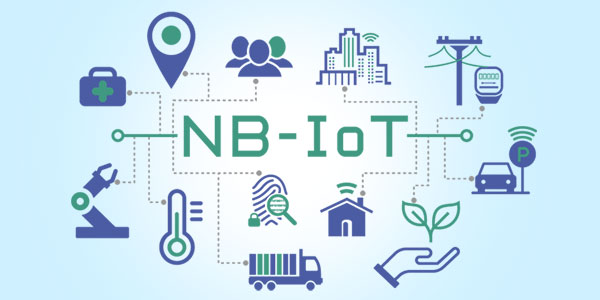 NB-IoT is a wireless IoT protocol using Low Power Wide Area Network (LPWAN) technology, and that uses licensed frequency bands. The range is up to three miles under normal/typical conditions. Up to ten miles is possible under ideal conditions: With base station on a tower and perfect line of site.

Based on the LTE standard, NB-IoT is utilized in cellular devices and services where low cost and energy and data consumption and high connection density are desirable. The power consumption is particularly advantageous and use of this standard leads to longer battery lifetime, critical in a growing IoT network supporting an increasing number of devices. NB-IoT is also favorable for devices that are set up in remote, deep coverage or difficult to access areas due its low energy consumption as well as wide area coverage.

Differences Between NB-IoT and LoRA

Long-Range (WAN) or LoRa is an alternate IoT wireless protocol for long range applications, and a direct competitor with NB-IoT especially for commercial applications. NB-IoT differs from LoRA in the following ways:

NB-IoT devices and applications include any devices which operate with low energy and data use over a dispersed or remote area. Many are smart’ devices and include: 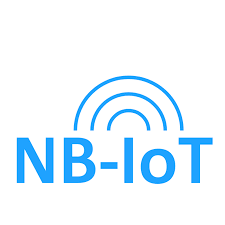 A key purpose of the development of NB-IoT is the support of massive machine-type communication (mMTC), in which data generation and transfer with actuation is almost completely automated by intelligent’ or smart machines and devices in sectors such as manufacturing, test and measurement, transport, utilities and healthcare, as well as a potentially burgeoning consumer sector. NB-IoT's cellular radio access technology is ideal for sending sensor and actuator information quickly and continuously between, machines, servers and clouds that generate mMTC.

NB-IoT was initially introduced by the Third-Generation Partnership Project (3GPP) and standardized as a wireless communication technology in 2016. As of 2019, NB-IoT networks have been launched by over 140 operators in 69 countries. Cellular network providers are well placed to deploy secure, reliable NB-IoT networking, with telecommunications companies such as Vodafone marketing it as an efficient’ and cost effective’ technology for a range of IoT applications and means to create increased connectivity in consumer living and activity. NB-IoT carries advantage because its devices can harness underutilized LTE frequency in 4G networks for use. This market carries real value, and is expected to reach $25 billion by 2021.