Voltage Standing Wave Ratio (VSWR) is a key Indicator of antenna performance (along with gain/dBi): The lower the VSWR, the more efficient the antenna. 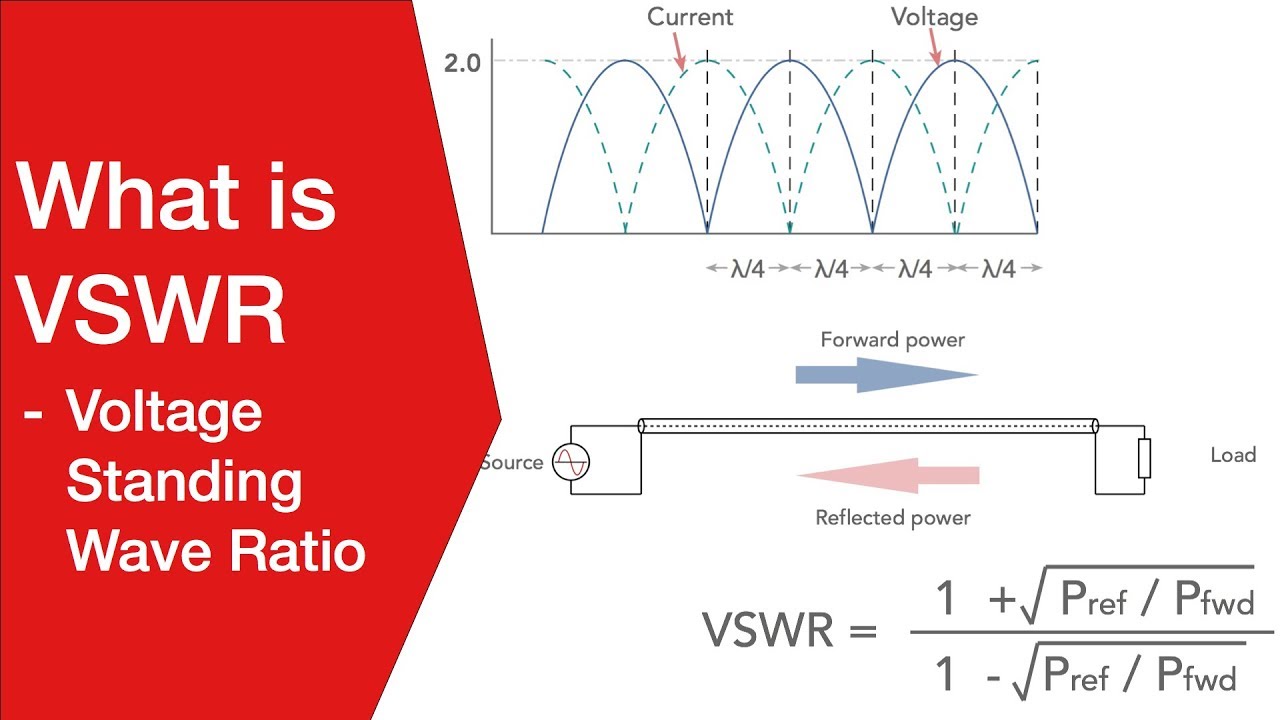 Voltage Standing Wave Ratio (VSWR) measures the efficiency of transmission of radio frequency (RF) power from its source through a transmission line to an antenna.

VSWR varies from a ratio of 1, indicating a system with no impedance between components, to an absolute mismatch where VSWR is anything up to ∞. A VSWR value of 2 or under is typically acceptable for antennae in communications systems.

The lower the VSWR is, the better the antenna is impedance-matched to the transmission line and the higher the power delivered to the antenna. Furthermore, a small VSWR reduces reflections from the antenna. 1.0 is the minimum VSWR where there is no power reflected, and it’s the ideal condition for an antenna.

Return loss, measured in dBi, which is an indicator of how much incident power is reflected to the source of the signal, works in the opposite of VSWR. The higher the return loss, the more power to an antenna meaning you are losing less power and signal strength. Low return loss affects the antenna’s capability to radiate which in turn affects transmission efficiency. Overall, for an antenna to have good signal strength and efficient performance, VSWR should be low while dBi should be high.

For there to be a maximum power transfer (between the transmitter/receiver, the cable, and antenna), the load impedance of the transmitter/receiver must match the cable impedance. The cable load impedance also has to match the antenna impedance. If there is a perfect load match, this will result in antenna gain (perfect signal strength and antenna efficiency). Any load mismatches cause a power transfer loss.

Gain is measured in decibels (dBi). The dBi value reflects the antenna's directivity, as well as electrical efficiency, differentiating between transmitting and receiving antennae for enhanced characterization of antenna performance.

Impedance matching is critical to the efficient functioning of RF setups where you want to move voltage and power optimally. In RF design, the matching of source and load impedances will maximize the transmission of RF power. Antennas will receive maximum or optimal power transfer where their impedance is matched to the output impedance of the transmission source.

50 Ohm impedance is the standard for designing most RF systems and components. Coaxial cable which underpins the connectivity in a range of RF applications has a typical impedance of 50 Ohms. RF research undertaken in the 1920s found that optimal impedance for the transfer of RF signals would be between 30 and 60Ohms depending on voltage and power transfer. Having relatively standardized impedance allows matching between cabling and components such as WiFi or Bluetooth antennas, PCBs and attenuators. A number of key antenna types have an impedance of 50 Ohms including ZigBee, GSM, GPS, and LoRa.

A mismatch in impedance leads to voltage and current reflections, and in RF setups this means that signal power will be reflected back to its source, the proportion being according to the degree of mismatch. This can be characterized using Voltage Standing Wave Ratio (VSWR) which is a measure of the efficiency of transfer of RF power from its source into a load, such as an antenna.

Mismatching between source and load impedances, for example a 75Ohm antenna and 50 Ohm coax cabling, can be overcome using a range of impedance matching devices such as resistors in series, transformers, surface mounted impedance matching pads or antenna tuners.