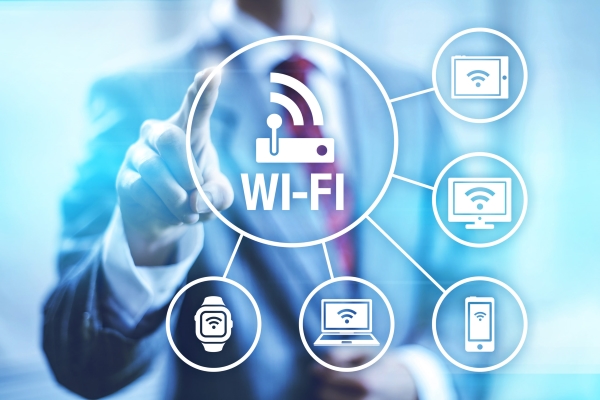 802.11AC is the latest standard and has six major improvements over 802.11n that result in much higher throughputs:

You will attain all of these benefits only if all the APs and devices in the network are 802.11ac. Otherwise, you would have the same performance with 802.11ac as with 802.11n.

The IEEE 802.11ac is a wireless Wi-Fi standard developed within 2008-2013 to provide high-throughput connectivity across the 5GHZ band. The standard is an improvement on the earlier 802.11n wireless standard transmitting via the 2.4GHz frequency band.

Streaming media on a local-area network: 802.11ac is best choice because of the much higher throughput.

Frequency Ranges of the 802.11 network-types:

WiFi is operable at the following frequencies, with more capacity being aggressively sought in other parts of the radio frequency spectrum as the more congested frequencies being prone to interference. This had led to the expansion of WiFi into the sub microwave and microwave frequencies though coverage is decidedly lower.

802.11N is mostly in the 2.4GHz frequency band. 5GHz is an optional component that most manufacturers ignore in favor of the cheaper, and much more congested 2.4GHz.

We offer a dual-band antenna for 2.4 GHz band and 5.x GHz band

This range of frequencies is much less used than 2.4GHz

802.11a allows for use of so many channels that you don't have to worry about interference between access points. In the U.S., 802.11a offers eight non-overlapping channels vs. three channels shared by 802.11b and 802.11g. If the company or department next door (or upstairs or downstairs) has an 802.11a network, more channels makes it easier to configure your 802.11a network to avoid interference. In dense installations, extra channels can make 802.11a networks up to 14 times faster than 802.11b networks.

If you operate a wireless adapter that's made for wireless-N, on a 802.11B/G network, will have lesser performance/signal strength than a 802.11G adapter of similar standards

We reached these conclusions based in part by comparing the Alfa 1000mw G version and the Alfa 2000mw N version. AWUS036H is the G version; AWUS036NH is the N version.