Antenna Cable: U.FL To RP-SMA female right-angle with a bulkhead nut and washer.

We also have U.FL To RP-SMA female straight-type, with these length options:: 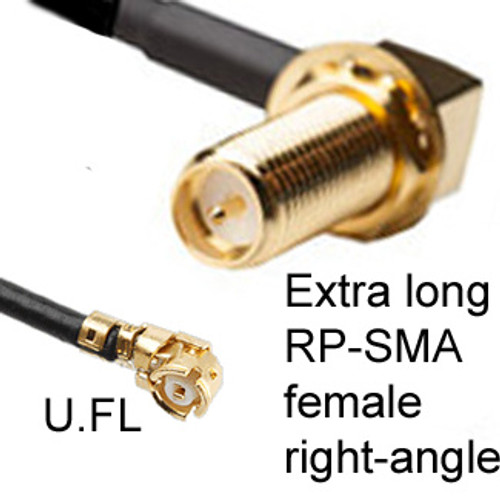