On this page, you may purchase versions with RP-SMA-male right-angle and RP-SMA male straight.

Special Orders: Please see this note about options for thickness of the coax, and note that we can make special orders with 1.13mm, RG174, 1.32mm and 1.37mm coax, if you want a lower-loss, thicker cable for the shorter versions of this cable. Contact us to make a special order. 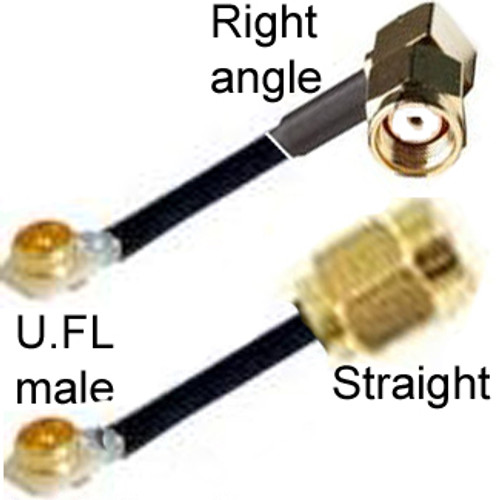