SMA female connector on both ends.

Compatibility with wireless applications: Our SMA extension cables' range of frequency band compatibility (from 0GHz to 18GHz), consistently low broadband VSWR, and impedance matching to 50 Ohm cables, makes them suitable and compliant for all the following applications.:

RoHS and REACHcompliant: All of our antenna cables and adapters are compliant with the RoHS & REACH restrictions on content of lead, other heavy metals and toxins. 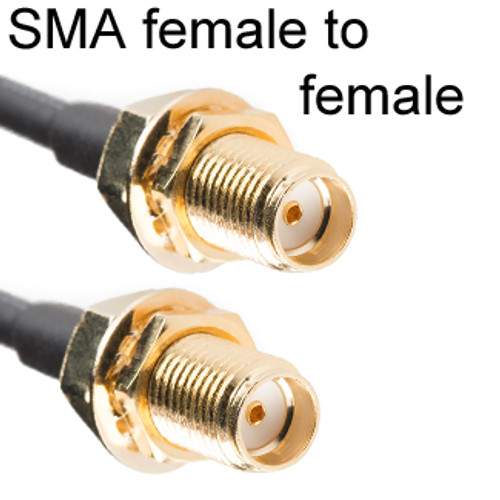