Cable is double-shielded, low-loss and very flexible/easily bendable. The cable-type is equivalent or better than LMR-100: Coax with black jacket has the same or better signal-loss-per-meter and flexibility as LMR-100, and less attenuation (signal loss) than RG174. The higher quality of this antenna cable coax translates into lower loss/better performance. Coax is rated for outdoor use and is also suitable for indoor use. Recommended tightest continuous bend radius is 1.1 inch (28mm).

Compatibility with wireless standards & applications: Our RP-SMA extension cables range of frequency band compatibility (from 0 to 18GHz), consistently low broadband VSWR, and impedance matching to 50 Ohm antennas and cables, makes them suitable and compliant for all the following applications:

ROHS 3 and REACH: In compliance for content of lead, other heavy metals and toxic materials that are restricted by RoHS 3 and REACH. 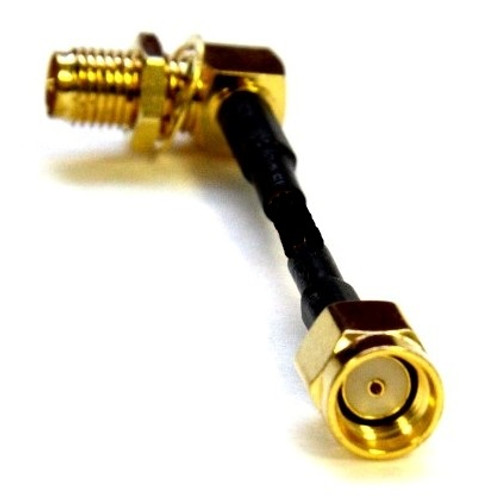