Compatibility with wireless applications: This antenna cable adapter's range of frequency band compatibility (from 0 to 18GHz), consistently low broadband VSWR, and impedance matching to 50 Ohm cables, makes them compatible and compliant for all the following applications:

MHF4-male has a pin and is the connector that is the "jack" on devices such as Bluetooth beacons, Printed Circuit Boards (PCBs) and internal mini-PCI wireless cards (even though the gender is male, it is the jack MHF4 connector. MHF4 connectors are widely used in IOT (Internet of Things) applications.

Our MHF4 to SMA adapters are precision machined and gold plated for low signal loss. 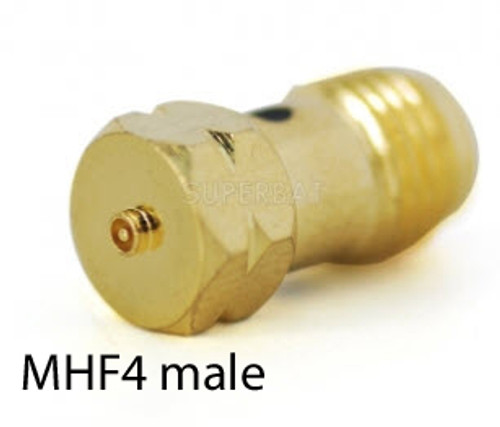