We have four versions that are variations of the number of internal antennas and correspondingly, the number of antenna-cables that connect to those antennas:  Alternative versions have three, four, five or seven internal antennas respectively, and three, four, five and seven cables, respectively.  For large orders, generally we can customize as needed.  Below are versions that we either have in stock or have previously customized for customers:

The version with five internal antennas has this standard configuration (which is customizable):

The version with seven internal antennas has this standard configuration (which is customizable):

Our stock versions have SMA-male connectors on all five cables. We can customize for special orders. Contact us if you ant customized connectors and/or cable lengths.

Can also be configured with fewer WiFi elements, as follows:

ROHS & REACH compliant: Heavy metal content and other material content is in compliance with ROHS 3 and REACH (connector and antenna).

UL certification / rating  of the flammability of the antenna housing (ABS): 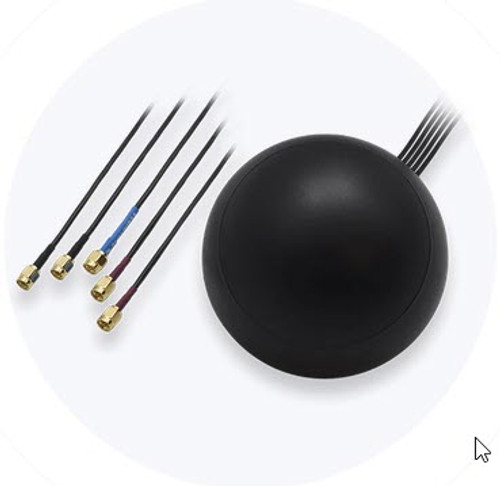