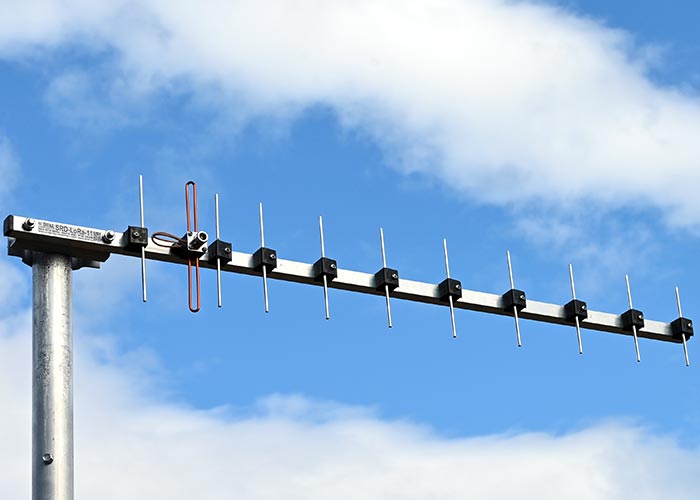 Sectoral antennas such as panel antennas are best in two cases:

Panel antennas direct the signal in front of the antenna, with a beam-width of approximately 120 degrees horizontally.

Yagi Antennas are not as powerful as parabolic grid antennas (below) but have these advantages: 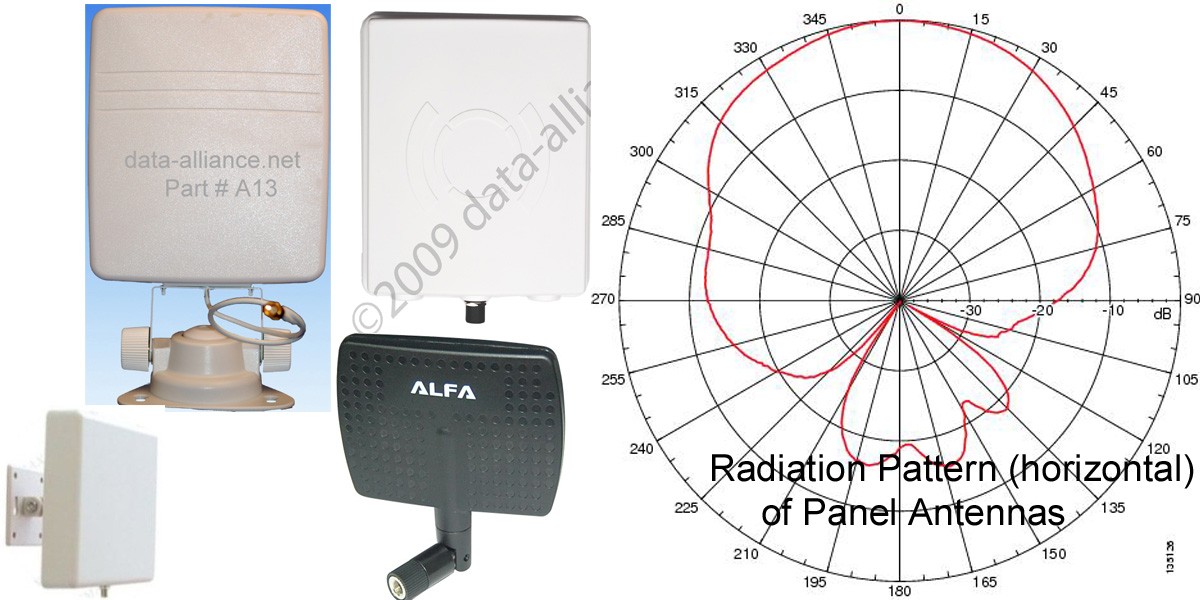 For Point to Point Links: Grid parabolic or solid dish antennas enjoy considerable advantages over Yagi antennas because the parabolic antennas compensate antenna length with their width. Yagi antennas of high gain are about 1 meter in length and so installing such a long antenna will be difficult and the antenna may be an eyesore. But a grid antenna of the same dBi can be compact enough to fit in a tight spot and can be secured without any brackets, support arms or guidewires. Their parabolic reflectors enable a high front to back ratio that provides fast speeds by diminishing co-channel interference. Grid parabolic antennas are considered the best for long distance point to point WiFi, due to the ability of the antenna to produce a narrow beam of signals that remain unaffected by interference from any neighboring equipment. The dimensions of the beam of signal are extremely narrow at 16 degrees horizontal and 21 degrees vertical. With such a narrow beam it is possible to achieve the furthest possible WiFi range between two points.

Grid parabolic antennas have much better signal strength than a Yagi antenna with the same gain, and at only half the size of the Yagi antenna.

Parabolic antennas are the most efficient type of directional antennas because they have small side lobes, sharp radiation angles, and a large front-back ratio. They can serve as a primary mirror for all the frequencies of WiFi signal with a small irradiation loss.

Direction is the pattern formed by the transmitted signal. The increase in gain of a directional antenna, leads to a decrease in the angle of radiation. This allows for a greater distance to be covered while reducing the coverage angle of the transmission. We measure the radiation patterns or the area of coverage in degrees. This angle is also known as a beamwidth.

An antenna does not add any power to the transmitted signal but only redirects the received energy from the transmitter. Redirecting the energy has the consequence of supplying more energy in a particular direction than others.

Front to Back Ratio of a Directional Antenna

Refraction, reflection or diffraction in an environment affects the propagation of any wireless signal. Radio frequency waves take multiple directions between the receiver and the transmitter. Indoor transmission of radio frequency signals differ from outdoor transmission due to the presence of floors, ceilings and other obstructions that contribute towards the attenuation of signals.

The actual effects of antennas installed inside a room should be tested at the actual site.

Pros and cons of Directional Antennas

The use of directional antennas allows you to divert radio frequency signal energy in a single direction in order to increase the transmission distances. An increase in transmission distance reduces the beamwidth of the signal. You cannot cover bigger areas around the access point as the angular coverage is small Mounting of directional antennas is at times hard due to the fact that you have to find a particular direction where signal strength is high.

Interference in directional antennas may come from cordless phones, microwave ovens and radar signals from airports. Interference causes the antenna signals to sway at particular frequencies. This variation is known as fading. Fading varies with the frequency of the signal. Interference also increases the SNR of a signal. Antenna gain helps in the improving of SNR and interference to noise ratio.