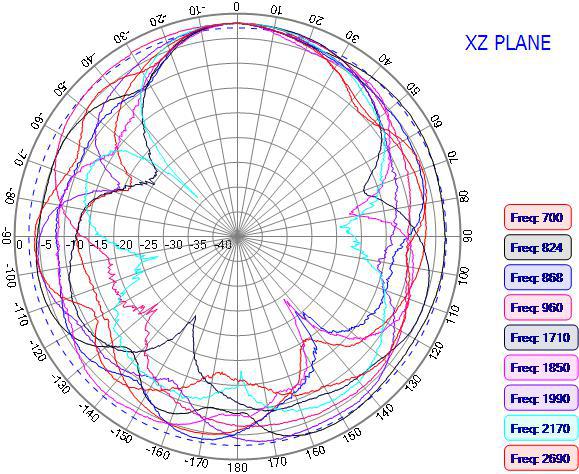 A radiation pattern, or antenna pattern is a graphical representation of how a particular antenna radiates or receives energy. It is unique to an individual antenna and is made up by plotting its far field (normally radiating) radiation as charted coordinates.

You can use an antenna pattern to aid visualization of how a proposed antenna will radiate or receive electromagnetic energy when mounted. Antenna patterns are measured plotted in the orientation antenna will be used in or mounted. This is essential for planning deployment of antennas for wireless networking.

How 3D Radiation Patterns Are Represented in Two Dimensions

Antennas radiate or receive energy in all directions, making their patterns 3 dimensional. However, it is more convenient to render the pattern on separate horizontal and vertical planes known as principal plane patterns. These are essentially slices through the three dimensional field generated by the antenna.

These intersecting planes create complementary polar plots that provide a reliable representation of the antenna's performance. For accuracy, these plots should be derived from a true cross-section of a 3D antenna pattern, rather than plotting data in each plane.

Polarization relates to the orientation of the electrical and magnetic components of electromagnetic waves as they are generated from a radiating antenna. In the case of linearly polarized antennas, these antennas limit the radiation of electromagnetic waves to a single linear direction. In this case, the electrical field is always in a single plane.

Depending on their orientation to the earth, antennas with linear polarization may have:

When interpreting the radiation patterns of linearly polarized antennas, the following planes are used.

E-Plane is always the plane that contains the electric component of the EM radiation and the direction of maximum radiation. The E plane will dictate whether the linear polarization is horizontal or vertical.

This plane relates to the magnetic portion of the EM energy generated by a linearly polarized antenna. It will always be perpendicular to the E plane.

radiation patterns that are labeled XY, XZ, YZ: The following applies whether the antenna is Vertically Polarized or Linearly Polarized: