Flat low-profile patch antenna, with RP-SMA male connector. Includes a strong adhesive pad so that you can easily mount it in the best position / location for minimal obstruction and optimal signal strength.

ROHS 3 & REACH compliant: Antenna, cable and connector are all complaint with ROHS 3 and REACH.

A2P2 is a slim flat, miniature antenna with a footprint size of 35.5 x 39.9 mm: This antenna will fit discreetly onto most surfaces, whether that is on an enclosure wall or on the side of a wireless router. The adhesive pad eliminates the need to drill holes or apply adhesive substances - simply ‘peel & press’ the antenna into its desired position.

A2P2 is tuned to operate within the 2.4GHz to 2.5GHz frequencies: Helps to improve the short range signal transmission/reception of your WiFi router, Bluetooth gadgets and low power ZigBee sensors. 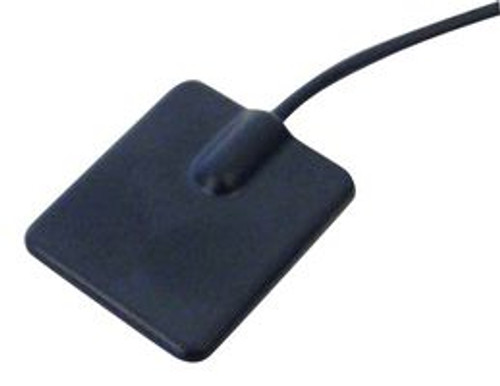