PCB antenna, flat low-profile, with options for RP-SMA female and SMA female connectors. Generally used inside of a casing or enclosure, but can be screw-mounted externally, or mounted with an adhesive such as double-sided foam tape, in a spot where it will not be disturbed. [See also: Version of this antenna inside of an ABS casing with cable to RP-SMA connector].

Suitable and compliant for all the above applications because of this antenna's range of frequency band compatibility in the 2.4 ~ 2.5GHz frequency band range, its low broadband VSWR, and impedance matching to 50 Ohm gear. 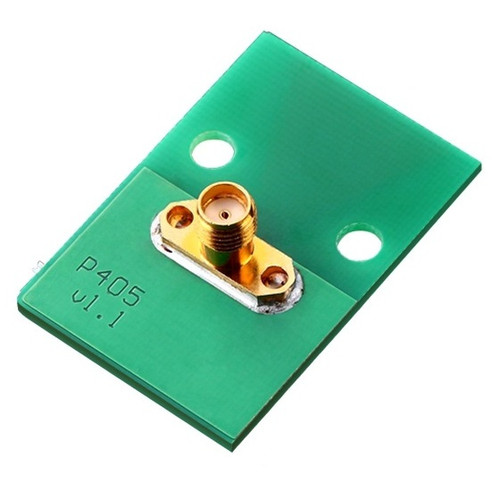