One end has a U.FL connector, and the other end has a RP-SMA male connector.

This cable is 1 meter long (39 inches). Cable is double-shielded, low-loss and very flexible. The cable-type is equivalent or better than LMR100A: Coax with black jacket has the same or better signal-loss-per-meter and flexibility as LMR100A, and less attenuation (signal loss) than RG174. The higher quality of the cable of this antenna translates into lower loss/better performance.

Our U.FL To RP-SMA cables' consistently low broadband VSWR, range of frequency band compatibility (from 0GHz to 11 GHz) and 50 Ohms impedance matching, makes them suitable for all the following applications:

RP-SMA-female connector fits items that have an RP-SMA (male) jack/connector: RP-SMA = Reverse Polarity SMA. RP-SMA is a round screw-type connector, that is rated for frequencies from the lowest up to 18GHz: This antenna cable is compliant for wireless / WiFi & WiMax networks: 802.11N, AC, G, A, B. 900MHz, 2.4GHz & 5GHz applications, as well as any other frequency between 0 and 18GHz. 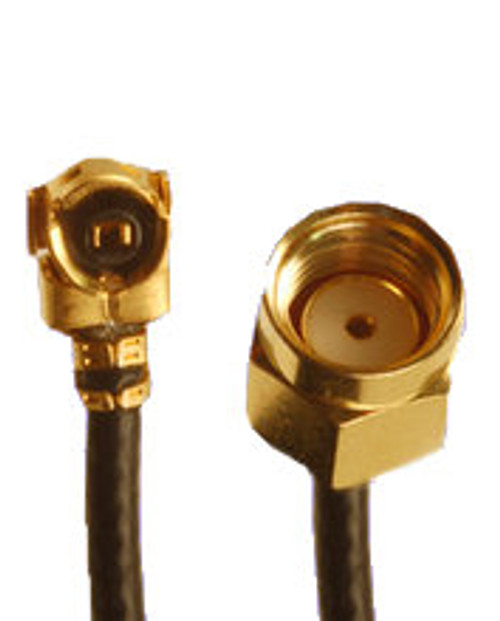