This SMA T-connector has a male connector on a single-connection end, and has two female SMA connectors: Enables connection of two antenna cables with SMA (male) connectors. Expand your coverage or reception area by having two antennas instead of one. 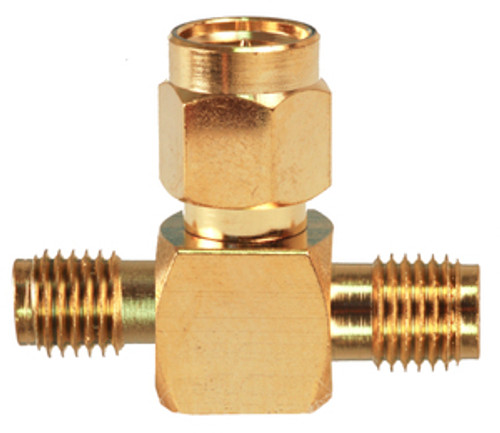