Choose either straight version or right-angle version by selecting a radio-button above "add to cart."

This antenna cable adapter's range of frequency band compatibility (from 0 to 18GHz) and 50 Ohms impedance matching, makes it suitable and compliant for all the following applications of antenna connectors and/or antenna cables:

SMA is a round screw-type connector, with medium-sized, threaded coupling connectors that are rated for frequencies from the lowest (DC) up to 18GHz.

Compliant with ROHS 3 and REACH : Free of heavy metals.

Gender of SMA is counter-intuitive: Please observe picture & note it is correct: The gender is referring to the pins inside-not the threads. SMA male has threads on inside. 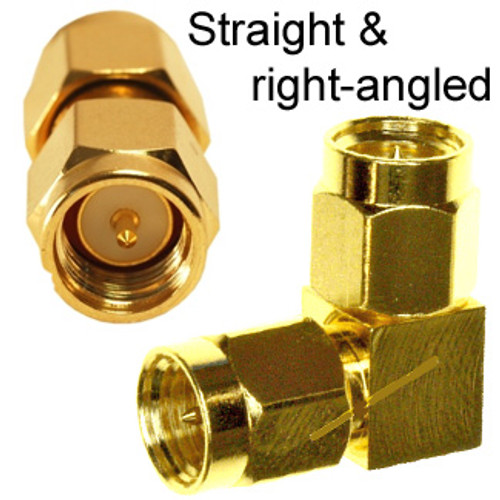