This RP-SMA T-connector has a male connector on a single-connection end, and has two female RP-SMA connectors: Enables connection of two antenna cables with RP-SMA (male) connectors. Expand your coverage or reception area by having two antennas instead of one.

This is not intented for TV / television antennas.

RP-SMA = Reverse Polarity SMA. RP-SMA is a round screw-type connector, with medium-sized, threaded coupling connectors that are rated for frequencies from the lowest (DC) up to 18GHz. 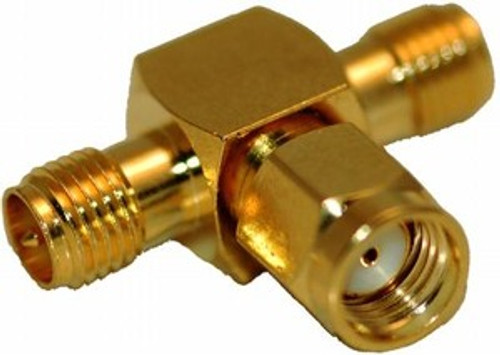