Other length options of SMA-male to SMA-male cables: Both ends have an SMA (male) connector. 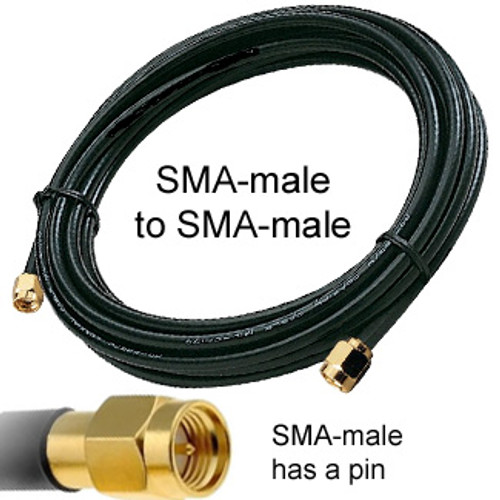