RP-SMA-male connector on one end, and
RP-SMA-female on the other end, in a 90 degree configuration.

This antenna cable adapter's range of frequency band compatibility (from 0 and 18GHz) and 50 Ohms impedance matching, makes them suitable and compliant for all the following applications:

1.The gender is referring toThe pins inside--not the threads. RP-SMA male has threads on inside.
2. "RP" stands for reverse polarization -The pins are female when they appear to be male, and vice versa.

RP-SMA connectors are not compatible with the common, commercially available Type F coaxial connector. Type F connectors look similar but are of slightly different size and will not pair with RP-SMA or SMA connectors, without an adapter. 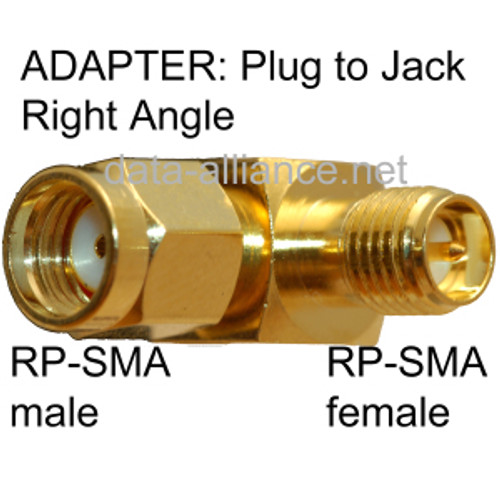