ADAPTER: RP-SMA-M to Right Angle to RP-SMA-male: This adapter has an RP-SMA male connector on both ends 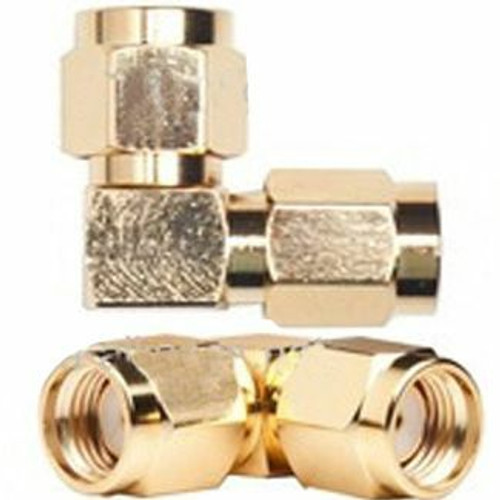