Adapter: RP-SMA male to RP-SMA male: This RP-SMA gender changer has a male connector on each end.

Compatibility with wireless applications:  This antenna cable adapter's range of frequency band compatibility (from 0GHz to 18GHz), consistently low broadband VSWR, and impedance matching to 50 Ohm cables, makes them compatible and compliant for all the following applications:

ROHS & REACH compliant:  In compliance regarding content of heavy metals and toxic materials restricted by RoHS 3 and REACH. 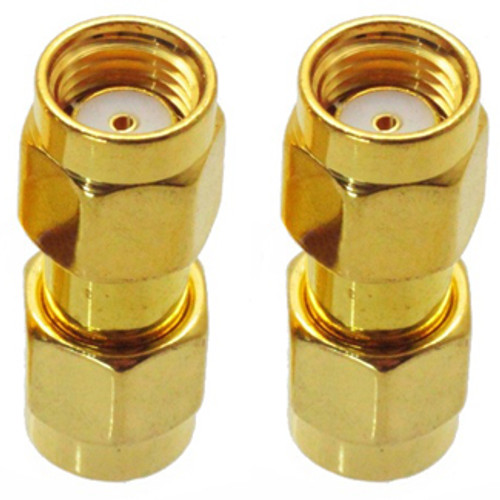