This U.FL connector is male, like a U.FL jack on a wireless card. The U.FL style is "right angle" type, although you do not often hear them referred to as "right angle type."

Our UFL to SMA "pigtail" cables' range of frequency band compatibility (from DC 0GHz to 18GHz), consistently low broadband VSWR, and impedance matching to 50 Ohm cables, makes them suitable and compliant for all the following applications:

Gender Determination: Micro-connectors such as U.FL have gender that is counter to typical RF terminology for gender, in that "jack" is more typically synonymous with "female:" A U.FL jack on a board (PCB) is the male U.FL, and the connector that mates with the jack is the female.

Our U.FL and SMA connectors are precision machined and gold-plated for low loss.

ROHS 3 and REACH: Compliant with restrictions of content of lead, other heavy metals, and toxic materials. 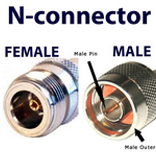 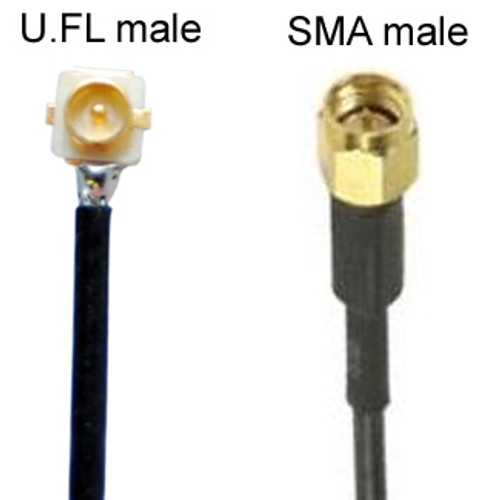