Impedance-matched to 50 ohm antennas and cables.

RP-SMA is a round screw-type connector, with medium-sized, threaded coupling connectors that are rated for frequencies from the lowest (DC) up to 18GHz: This antenna cable is compliant for all types of wireless antennas , including wireless / WiFi networks, BlueTooth, ZigBee, Cellular voice & data, and WiMax: 802.11N, AC, G, A, B. 900MHz, 2.4GHz & 5GHz applications, as well as any other frequency between 0 and 18GHz.

Gender of RP-SMA is counter-intuitive in two ways: 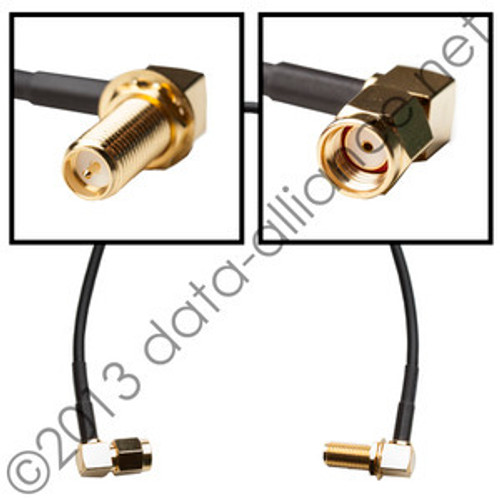