Magnetic Mount antenna very firmly attaches to metal surface - at a height or position where it can maximize signal strength.

Compatible with Helium Network miners / devices, as are all antennas in our Helium Antennas subcategory

This omni directional antenna's range of frequency band compatibility in the 850 MHz to 920 MHz frequency band range, its low broadband VSWR, and impedance matching to 50 Ohm gear, makes it suitable and compliant for all the above applications.

Gender of RP-SMA is counter-intuitive in two ways:

1.The gender is referring to the connector's pins and not the threads. RP-SMA male has threads on inside.

2. "RP" stands for reverse polarity: The pins are female when they appear to be male, and vice versa. Click here for more details regarding RP-SMA gender determination.

Put the antenna outside and on top of the vehicle where it can pick up more access points. Comes with 1.5 meter (5 ft) pigtail with RP-SMA (male) connector.

Cable is LMR100-equivalent, which is low-loss cable of much higher quality than the typical pigtail cables for antennas of this size (typically RG174). The cable color is black. The higher quality of the cable of this antenna translates into lower loss/better performance. Lightweight and portable. Brand new, high quality connector from ISO 9001 facilities.

Data Alliance's high-quality soldered terminations of RP-SMA and SMA connectors with soldering provide a low-loss connection with discontinuities kept to a minimum. 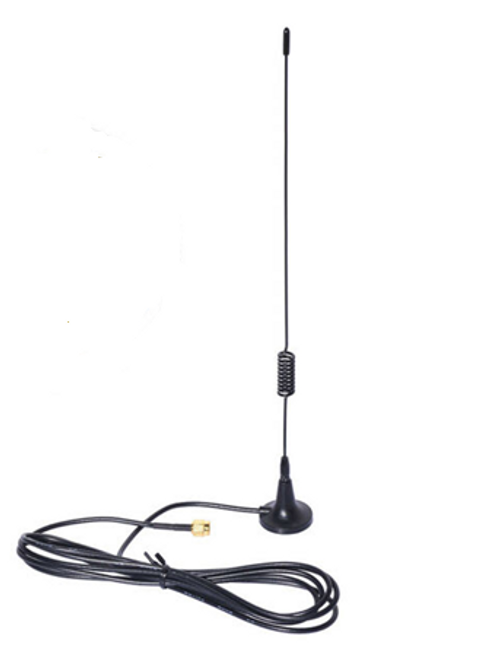