One end has an RP-TNC female connector with a bulkhead (nut and washer - like the photo on the right, above) and the other end has a RP-SMA-male connector.

10 inch (25 cm) cable ("pigtail"): Cable type is LMR100, which is a low-loss, flexible cable. Cable is double-shielded, low-loss and very flexible. The cable-type is equivalent or better than LMR100: Coax with black jacket has the same or better signal-loss-per-meter and flexibility as LMR100, and less attenuation (signal loss) than RG174. 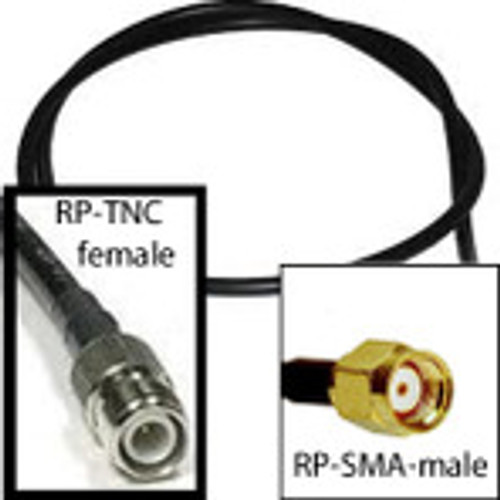