Cable is double-shielded for low-loss but is very flexible/easily bendable coax with black jacket. The double-shielding is a major factor in the higher quality of this cable, which translates into lower loss (less attenuation) and thus better performance. Both versions of this coaxial cable are rated for outdoor use and are also suitable for indoor use.

RP-SMA = Reverse Polarity SMA. RP-SMA is a round screw-type connector, with medium-sized, threaded coupling connectors that are rated for frequencies from the lowest (DC) up to 18GHz.

Fits all LinkSys routers / Access Points [they have a chrome RP-TNC antenna connector & other items that have a RP-TNC jack/connector.

RP=Reverse Polarity. Gender of RP-TNC and RP-SMA are both counter-intuitive. 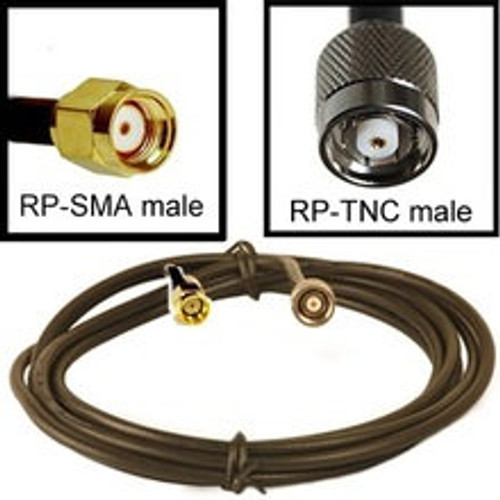