What is a LoRaWAN gateway?

LoRaWAN gateways or LoRa gateways are radio devices that provide bidirectional connectivity between end nodes such as sensors and IoT devices and the internet. They operate using Long Range (LoRa) wireless networking technology and are a key component of Long Range Wide Area Networks (LoRaWAN). 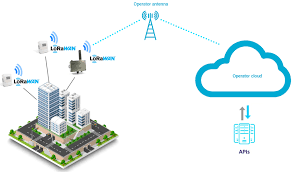 LoRa technology is owned by Semtech and developed and overseen by the LoRa Alliance which include industry stakeholders that use the LoRa chipsets and networking protocol in a variety of applications.

LoRaWAN gateway is a critical wireless networking component for connecting end nodes to the Cloud-based applications that control them. LoRa gateways have been demonstrated to provide a low-cost and reliable solution for IoT connectivity with several proprietary IoT networks using these devices. IoT devices can use cheaper, low-energy LoRa to transmit their data as far as the nearest gateway. The gateways can receive the data and forward it using higher energy and bandwidth networking like WiFi, cellular, and Ethernet.

What do LoRa gateways do?

LoRa gateways can acquire and concentrate LoRa signals that are transmitted from IoT devices, with a single LoRaWAN gateway being capable of supporting thousands of devices. They act as a bridge or router for LoRa based IoT devices in their vicinity. Their coverage is significant, being able to pick up transmissions from a distance of over 4.8 kilometers (3 miles) in urban areas and 16 kilometers (10 miles) in remote or rural areas that are free from obstruction. The gateways carry a LoRa antenna that can receive LoRa signals in one of three unlicensed frequency bands (depending on region) as well as WiFi, cellular, or Ethernet connectivity for onward transfer of received data to the wider network. Any message received is forwarded on with duplicated messages deduplicated by the receiving network.

The LoRa antenna is used to passively capture signals from end nodes and transfer the data via an SMA connector to the gateways radio board. Indoor LoRa gateways are typically supplied with articulating dipole antennas with a gain that is 3 dBi or under. These antennas can be detached from the gateway via the SMA connector and replaced with more powerful external LoRa antennas or a short run of coaxial antenna cable to an outdoor antenna for greater coverage.

This PCB provides the paths for RF signals that are received from the LoRa antenna and conducted through the SMA connector. Received signals move through a single-pole double-throw (SPDT switch) which creates two RF outputs that are filtered according to frequency and conducted to the Semtech SX1257 transceiver modules.

For LoRaWAN connectivity gateways will carry Semtech LoRa chipsets. These LoRa transceivers are responsible for demodulating the received signal and concentrating it.

The concentrated signal is then transferred to a digital baseband chip, the SX1301, for further signal processing and transfer to the LoRa gateway core board.

This PCB contains a microchip micro-controller and is concerned with receiving the data that is transferred from the radio board, forwarding packet information for Ethernet transfer. The core board is able to wrap the data into a JSON structure for transfer to the network servers through Ethernet cabling. Alternatively, if the gateway model allows the forwarded data packet can be transferred using a WiFi module or cellular modem on board.

Various models of LoRa gateway also carry a GPS module that can provide positional and chronological data for the unit. This data is acquired via the radio board and processed, packaged and forwarded via the core board.

Low-voltage power can be supplied to a LoRaWAN gateway via on-board micro-USB, USB, AC, DC, or PoE ports. The radio board and core board are usually protected with surface-mount fuses for overcurrent protection.

LoRa gateway components are housed in enclosures that are suitable for the environment where they will be installed, with outdoor LoRaWAN gateways housed in ruggedized durable enclosures.

LoRa gateways will either operate using minimal firmware with OTA updates for packet forwarding software (cheaper and convenient), or, in more expensive models carry an on-board operating system, that allows greater operator control over the gateway. 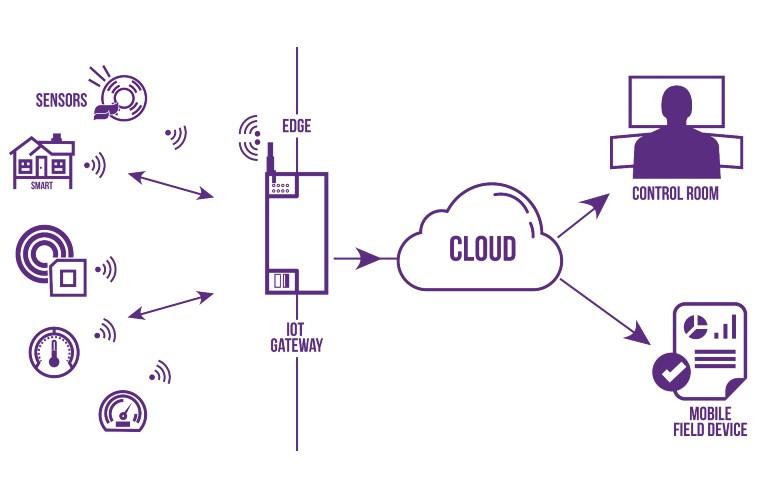 LoRa gateways utilize license free frequency bands within the radio spectrum. These are:

This means that you can install a LoRa gateway without a license, though there may be zoning issues for the installation of outdoor LoRa antennas.