Our U.FL to RP-SMA series coaxial cables have medium-sized, threaded coupling connectors designed for use from DC to 11 GHz. Their consistently low broadband VSWR have made them popular over the years in many applications. The UFL to RP-SMA series pigtail is impedance matched to 50 Ohm cables.

Our U.FL connectors are precision machined and gold-plated for low loss.

Gender of RP-SMA is counter-intuitive: Details regarding RP-SMA gender determination.

Gender of RP-SMA refers to the pins inside--not the threads: RP-SMA male has threads on inside

Data Alliance's high-quality soldered terminations of RP-SMA and U.FL connectors with soldering provide a low-loss connection with discontinuities kept to a minimum. 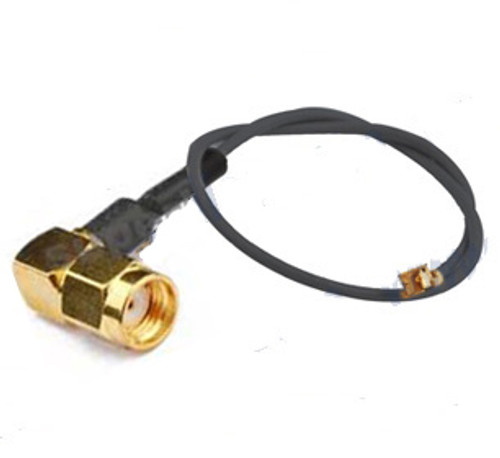