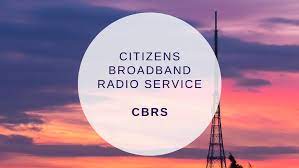 Key IoT/5G Trend for 2022 and Beyond: The Citizens Broadband Radio Service

The Citizens Broadband Radio Service is set to revolutionize the fifth generation of cellular communication. Over the past 6 years, this non-commercialized portion of the radio spectrum has gained increasing interest from a variety of stakeholders who are exploring ways of harnessing it to support the rapid increase in demand for bandwidth by IoT as well as the 5G rollout.

This 3.5 GHz frequency band is incredibly accessible and understandably, will be in great demand for a wide range of applications. This guide explains what the Citizens Broadband Radio Service provides a concise digest of its scope in providing cellular connectivity for 5G and IoT.

What is the Citizens Broadband Radio Service?

The Federal Communications Commission (FCC) established the Citizens Broadband Radio Service (CBRS) in 2015, creating a 150 MHz band that would be available for shared commercial and federal use. At the time it was a significant step towards spectrum liberalization. The commission has achieved this in the 3.5 GHz band (between 3550 and 3700 MHz) by creating a three-tiered framework for authorization and access by users of the band. The adopted rules for use of the CBRS band are laid out in the FCC rules (47 CFR Part 96 - CITIZENS BROADBAND RADIO SERVICE).

Access to the CBRS band is controlled by a Spectrum Access System (SAS) which coordinates access to the frequency band. The SAS has a regularly maintained database that records every Citizens Broadband Radio device (CBSD) or base station. The information available includes the level of access permitted, location and channel assignments.

This is essential because CBRS frequencies are also used by the US Department of Defense for radar applications. SAS, therefore, receives and utilizes data from a military sensor network that detects transmissions from the Department of Defenses radar systems. It will then assign channels within the band according to the tiered access levels described below. Spectrum Access Systems and the specialist Environmental Sensing Capability (ESC) that monitors radar must be approved by the FCC. There are multiple versions of this software available that can be used to manage CBRS band access in a similar manner to channel access management software in WiFi.

This is known as Incumbent Access and is for federal use. This tier of access must be protected against interference from the lower tiers. Applications that have incumbent access include the Fixed Satellite Service, with space to earth satellites, and some wireless broadband services which are in the process of being phased out.

This is known as Priority Access and can only be accessed by licensed users. Priority Access Licenses (PALs) are auctioned on a county-by-county basis with up to 7 licenses made available per county. PALs cover access to 10 MHz channels that are available between 3550 and 3650 MHz and last 10 years at which point they may be renewed. A single licensee can only hold a maximum of 4 PALs/channels that can be aggregated. Licensees also have to meet key performance requirements and acknowledge that their service will be affected by the activities of Incumbent Access users. Tier 2 Access is protected against interference from Tier 3 users.

This is known as General Authorized Access (GAA) and is a lightly licensed tier that is essentially open to all as long as the use is compliant with the Part 96 rules. Tier 3 access spans 3550 to 3700 MHz and is used by Priority Access users. GAA users must also accept interference from the upper tiers and other GAA users. without any protections.

The CBRS band has proven to be a successful model for how wider portions of the radio spectrum can be used to carry wireless data for both service providers and enterprises. CBRS is a significant contributor to mid-band 4 and 5G coverage for:

The CBRS band has already been used to provide LTE connectivity for the private cellular networks that are used to support mission-critical industry IoT devices. The LTE-based, “always-on” CBRS solution for business branded “OnGo”, is now in the process of being superseded by 5G operators with new ways of delivering secure higher network performance.

The CBRS model dovetails with the 5G objective of supporting a large proportion of global IoT connections through the Massive Machine Type Communications arm of 5G. CBRS is well suited to providing 5G service providers with an innovative approach to creating an adaptable, responsive and future-proof network architecture. The CBRS Alliance certifies CBRS hardware and software and supports multi-vendor interoperability in the 3.5 GHz band.

The Third Generation Partnership Project (3GPP), along with the International Telecommunications Union (ITU), has specified performance standards for mobile network operators to meet to deliver a 5G service to end-users. Network speed is a critical component with data rates of up to 2 Gigabits per second possible with 5GNR devices. Gigabyte per second (GBPS) performance is a key feature of 5G networking and operators are testing novel ways of achieving this for large numbers of devices. Real-world speeds vary greatly because of location and the throughput of data from cell phones, as well as IoT and mobile broadband demand. With CBRS frequencies, wireless carriers can harness this additional spectrum without requiring a commercial spectrum license, either directly or via a network neutral host. The CBRS is likely to be used as part of a strategy to boost speeds by receiving offloaded mid-band cellular traffic from overloaded networks, with peer-to-peer and private networks handling the traffic in return for remuneration from the larger network operators.

The cellular industry has been keen to provide cellular-based wireless networking solutions and standards for supporting the massive expansion of the Internet of Things. Currently, a variety of wireless networking technologies including ZigBee, WiFi, Bluetooth and LoRa are used with varying levels of performance and accessibility. As the CBRS band is used with cellular technology and is well integrated with existing cellular infrastructure, it is expected to receive some of the throughput generated by IoT devices that need to access the internet to transfer data to the Cloud. This may be overseen by the larger network operators, or be distributed across multiple smaller CBRS PAL license holders who provide gateway access for this specific purpose.

[C] Private cellular networks can be operated via CBRS channels

The recent FCC CBRS PALs auction raised the prospect of the CBRS band being used to provide private cellular networking via CBRS small cell radio. This mid-band connectivity is suitable for supporting secure enterprise-level cellular networks for sensitive IoT applications and assets like robots used in manufacturing or healthcare.

CBRS private cellular networks are likely to become an in-demand alternative to WiFi or commercial cellular networks, especially where availability and the quality of connections is poor. Private CBRS networks can provide greater privacy and control. Small cell radio technology that is tuned to the 3.5 GHz band can be readily acquired and is easy to deploy for targeted, personalized wireless coverage.

The PAL auctions provided a rare opportunity for entrant cellular network operators to acquire spectrum access for 5G networking. This represents a massive liberalization of the marketplace with CBRS small cell radio devices acting as gateways for privately held decentralized and HetNet cellular networking. Enterprise access is inevitable. A notable example of this is the Helium 5G network. Helium has partnered with FreedomFi, a producer of gateways for private cellular networking, to set up a completely decentralized cellular network consisting of nodes that are operated by private individuals. The cellular coverage provided will be used for offloading traffic from the larger operators and supporting IoT connectivity to the internet. In return for running a gateway, Helium members are paid in a proprietary cryptocurrency known as Helium Network Token, which is currently worth about $14 per token. Helium has already demonstrated success in this peer-to-peer networking model with their LoRa based network.

Small cells are radio devices that provide access to the cellular network in the 3.5 GHz band. They are compact and discrete meaning that they can be easily mounted indoors or outdoors. As the CBRS is significantly cheaper to access than the conventional licensed bands, CBRS small cells are in demand. CBRS small cells not only have low deployment costs but are often able to evade planning permission for installation due to their compactness and indoor use.

Since 2019 the CBRS Alliance and the Small Cell Forum have worked together on increasing the adoption of cellular networking solutions in the CBRS band. The adoption of CBRS small cells is increasing, with a significant market developing for CBRS small cell radios and antennas for private cellular networking. By 2022 it is expected that over a third of small cell deployments could be using the 3.5 GHz band, with small cells becoming a significant driver of network densification.

The more disruptive and decentralized applications of CBRS will need to be able to provide robust and reliable coverage if they are to remain viable. The single most important aspect of optimizing the coverage of CBRS-band HetNets or privately owned gateways will be the choice of antenna. The FCC does not specify antenna characteristics for CBRS radio devices but CBRS rules do specify two key classes of device: 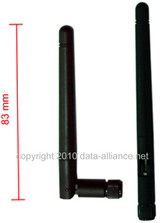 CBRS radios and small cells typically include a fixed internal antenna which limits the coverage that the small cell can provide. By using a high-quality external antenna for the 3.5 GHz band the coverage and service quality can be better optimized as the positioning of the antenna can be adjusted easily. With interference in this shared band being a real issue, a high gain antenna could make all the difference to maintaining the quality of service. Antenna choices for the 3.5 GHz band include:

As one of the Southwest's leading suppliers of cellular networking antennas, cables and accessories, we know that antenna selection will be critical to harnessing the advantages of small cell and shared spectrum networking in the CBRS-band. Browse our extensive inventory of cellular and mid-band 5G antennas or contact us directly by phone or email for specific requests.