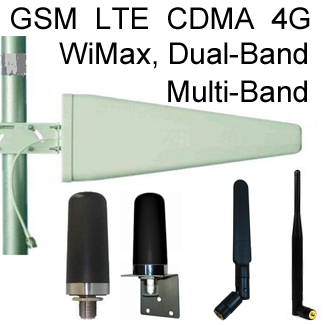 Cellular networking has become essential for the high throughput data transfer needed to support not only communication and entertainment but commercial and industrial activity. In this article, we review the key cellular technologies in widespread use and provide top tips on how you can improve your cellular data signal and cellular network performance.

An overview of the cellular networking technology generations.

What is 0G mobile telephony?

Pre-cellular telephony now carries the designation of zero generation. It is also known as the Mobile Radio Telephone System and is essentially the first form of wireless telephony that was part of public switched telephone networks complete with individual telephone numbers. Mobile radio telephones were typically installed in vehicles and connected via the first commercial mobile telephone services provided by companies like Motorola and Bell.

What is 1G cellular?

1G stands for first-generation and denotes the first generation of mobile cellular technology. 1G differs from all subsequent forms of cellular communications technology because it is an analog rather than a digital cellular system. First released in Japan in the 1980s, this voice communication technology uses analog modulation. This involves taking a low-frequency audio signal and transferring it over a higher frequency carrier signal (upwards of 150 MHz) so it can travel longer distances. These early cellular systems typically consisted of:

1G cellular technology has been permanently discontinued apart from a few isolated regions in central Asia. Despite its initial utility, notable disadvantages included its lack of security, limited user capacity, poor battery life, and large and unwieldy phones. The 1G communications standard known as the Advanced Mobile Phone System (AMPS) was superseded by 2G within a decade.

Second generation cellular networks were introduced in the 1990s and harness digital means if data modulation and encryption to transfer both voice calls and data packets. Data is transferred digitally using the frequency shift keying technique where rapid alternation between two frequencies is used to send binary encoded (0s and 1s) data packets. The switch to digital connectivity with the network of cellular radio towers improved the efficiency of use of the radio spectrum with more phones able to simultaneously use each frequency band and the expansion of data services to initially include SMS and MMS. Second generation networks largely operate under the Global Standard for Mobile Communications (GSM) and use two notable technologies for data rates of up to 384 k/bits per second:

Third-generation cellular technology, otherwise known as 3G builds on the advancement of the 2.5G networks to support higher throughput and speeds of data transfer. This enables 3G network operators to deliver a wider range of services including:

3G also carries increased robustness of security compared to previous generations with user equipment authentication and end to end securing of communications. Services are delivered across allocated portions of the radio spectrum between 400 MHz and 3 GHz. The standards that underpin 3G cellular connectivity, the International Mobile Telecommunications-2000 (IMT-2000) specifications, were devised by the and released by the International Telecommunication Union and realized data transfer speeds of 144 kbit/s minimum. Mbit/sec bit rates were soon achieved by subsequent releases. Its first release was in Japan in 2001.

3G is underpinned by the following notable technologies:

4G stands for the fourth generation and is a broadband cellular networking technology that has largely overtaken 3G with expanded capabilities in mobile telephony and internet access as outlined in the ITU standard, International Mobile Telecommunications-Advanced (IMT Advanced) . This 3G standard that retains interoperability with previous generations specifies:

Long Term Evolution is a contemporaneous technology to 4G but does not meet the requirement of the IMT Advanced standard in some areas. LTE offers peak download speeds of 100 Mbits/sec and is reliant on MIMO antenna arrays for optimal connectivity. LTE-advanced is an upgraded standard that aims to exceed the IMT Advanced standard by modifying LTE networks to utilize additional portions of the spectrum and harness multiplexing to improve performance and speed.

Late 2018 saw the introduction of 5G New Radio (5GNR), the fifth generation of cellular networking technology. The newest generation of cellular communication overhauls the previous 4 generations and uses the cellular network as a mature internet service provider capable of not only serving telephony and broadband connectivity but supporting infrastructure and industrial applications such as the Internet of Things, M2M networking, and C-V2C. The networking standards for 5G are authored by the third generation partnership project (3GPP) with a contribution from the ITU. 5G connectivity is via radio communication with local cellular antennas and is expected to deliver 10 Gbit/sec download speeds once fully realized. Greater capacity and bandwidth is achieved by using more of the radio frequency spectrum with frequency bands well into the gigahertz range. The use of higher frequencies which generally have lower range and penetration necessitates a greater density and variety of cells which can operate at high medium and low frequency depending on capacity and the fastest speeds that can be achieved at specific frequency bands. Full implementation of 5G connectivity as specified will require a new class of compatible devices.

The sixth generation of cellular networking technology will supersede 5G, which is currently only just commencing global deployment. Slated for an appearance at some point in the 2030s, it is expected to deliver far greater speeds, multi-gigahertz frequencies, and network capacity with latency further lowered. A drastic reduction in cell size with more complex MIMO antenna networking and novel modulation techniques are postulated as key means that will be used to underpin a future 6G network. The United States, South Korea, China, and Finland are currently noted for their efforts to devise globally adopted sixth-generation networking standards.