We offer three options of thickness for this cable: All are rated for outdoor use and suitable for indoor use as well:

NICKEL-PLATED CONNECTORS OPTION FOR CABLES MADE WITH LMR-400 COAX: Nickel-plated brass connector is available for the 8FT version with LMR-400 coax. For other lengths, it would be a special order.

Our SMA to RP-SMA extension cables range of frequency band compatibility (from 0 to 18GHz), consistently low broadband VSWR, and impedance matching to 50 Ohm antennas and cables, makes them suitable and compliant for all the above applications. 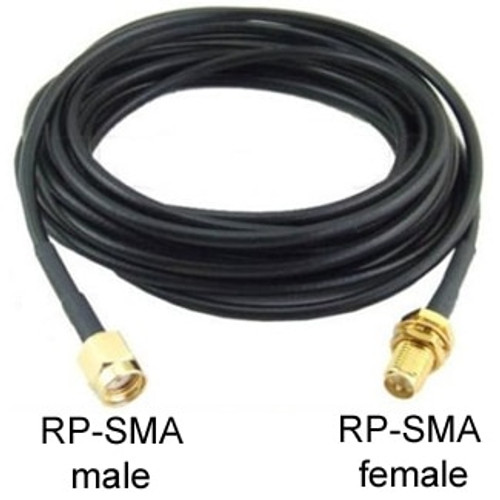