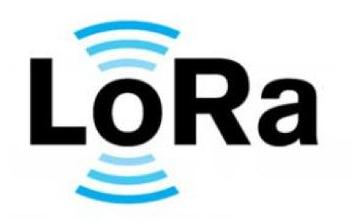 LoRa is a French wireless networking standard currently owned and developed by the Californian company Semtech and overseen by the LoRa Alliance. The protocol outlines a Low Power Wide Area Network (LP-WAN) characterized by its ability to support transmissions over long distances and low energy consumption. This physical layer protocol specifies data rates of up to 253 kbps using Chirp Spread Spectrum (CSS) modulation. Over time the proprietary LoRa chipsets have reduced in size and improved in battery life and transmitting power, making it a key solution for Internet of Things technology.

915 MHz is the center frequency of what is known as the 33-centimeter band, which is named after the wavelength at this frequency. It is also known as the 900 MHz band and spans 902 MHz to 928 MHz. The 915 MHz frequency band is designated by the International Telecommunications Union (ITU) as an unlicensed  Industrial Scientific and Medical (ISM) frequency band which means that it can be used globally for LoRa networking with minimal restriction. Its ability to support long-range transmissions efficiently is advantageous. Other notable uses of this frequency band include amateur radio, as discussed further on.

Why are LoRa antennas important?

Line of sight is the predominant means of signal transmission meaning 915 MHz antennas and repeaters are often installed at a height beyond obstructions like buildings or hills. With equivalent transmitting power, a 915 MHz LoRa antenna's signal can travel approximately 75 percent of the distance of a 433 MHz antenna. The penetration of buildings and windows is effective, especially when compared to higher frequencies like  2.4 GHz.

LoRa's use of 33-centimeter band antennas relies on spread spectrum modulation to achieve competitive data rates with efficient use of bandwidth and energy consumption.

The key features or LoRa connectivity are:

The modulation technique used is derived from Chirp Spread Spectrum (CSS). This involves increasing the bandwidth of the transmitted signal to compensate for degradation in signal to noise ratio and varying the data rate to improve coverage or the rate of power consumption as needed. This also makes transmissions resilient against multipath fading without increasing transmission power. To achieve low power, wide-area performance, data is the key trade-off. Data is broken up and encoded into multiple 'chirps' which are transmitted or 'spread' at varying rates (using changes in frequency), according to airtime availability. Chirp rate is known as Spreading Factor (SF). This scalable bit rate facilitates the most efficient use of the network. Forward error correction is also used to further prevent interference.

This networking protocol is developed for LoRa and specifies the system architecture (point to multipoint), control (frequencies used and data rates), and communication within deployed LoRa networks. Individual networked devices will transmit only where they have data to send. Transmitter data is related through multiple upstream nodes to the network's central server in a star topology. LoRa networking can be limited in that there is no provision for acknowledgments of data receipt to be transmitted to downstream nodes. Coverage can be anything up to 15 kilometers (10 miles). There are three classes of node communication:

● Class A involves the asynchronous broadcasting of nodes (whenever they need to). When they have no data, they remain dormant.

● Class B involves central communication to nodes via beacon messages broadcast at regular intervals. The receiving nodes are battery powered and therefore capable of listening at scheduled intervals for the transmitted signal.

● Class C are continuously powered, 'active' nodes that can receive signals at any time. This is not a low energy endeavor and usually needs AC power.

LoRa is one of the key technologies expected to underpin the imminently anticipated expansion of the  Internet of Things (IoT). IoT networked devices often use high throughput networking like WiFi or the cellular network, but LoRa offers the opportunity to develop connectivity that is better tailored to the requirements of sensor-based systems which may only be sending minute data packets at irregular intervals. LoRa also allows IoT devices to be operable in remote locations where power is inconsistent and there is a reliance on batteries which can last up to 10 years in the field.

To integrate LoRa connectivity in a device a LoRa compliant chipset which is licensed by Semtech. LoRa Alliance includes over 500 companies who have developed solutions with LoRa interoperability and contribute to its global ecosystem of solutions in a multi-billion dollar marketplace. Slowly LoRa enabled chips are becoming integrated into a range of wireless devices like laptops and domestic appliances.

LoRa applications span the breadth of the global industry and deployment of this technology is so widespread that it is setting the standard for LP-WAN connectivity and IoT/ M2M and eclipsing competitor technologies like  NB-IOT or SigFox. Sectors with active LoRa networking deployments include:

915 MHz  antennas can also be used for SigFox connectivity which uses the same frequency as LoRa. SigFox is an LP-WAN technology that uses differential binary phase-shift keying (DBPSK) and the Gaussian frequency-shift keying (GFSK) for sub gigahertz connectivity between networked objects. It uses a one-hop star topology which is highly reliant on high quality 915 Mhz antennas for optimal functioning. It has a data rate of 100 bps with limited bi-directional communication and is deployed in over 60 countries.

Other applications that use the 915 MHz frequency band

The 33-centimeter band is also allocated to amateur radio use, with the caveat that there may be vulnerability to interference from devices using it as an  ISM band. A range of amateur endeavors like Amateur Television (ATV), and radio communications like FM, CW, and SSB calling using a range of self-built or modified hardware. Enthusiasts find that propagation at this frequency is similar to propagation in the 70-centimeter band. External 915 MHz antennas can be used with radios, repeaters, and amplifiers.

Antennas for LoRa networking come in a variety of types with a good range of characteristics that will support the effective coverage and functioning of a LoRa network. These antennas can also be used for the 915 MHz / 33-centimeter applications as discussed further on. Many of these antennas are fitted with  SMA, RP-SMA, or TNC connectors but connector type should carefully be checked to ensure compatibility.

These antennas have a conducting element that is a quarter of the wavelength at 915 MHz. Some are encased in molded housing, but whip antennas are highly flexible and resilient against impacts. Some units may have a flying lead for greater ease in mounting.

Stub antennas are essentially helical antennas that are compressed into a compact and portable unit which may be advantageous in some applications. Helical antennas have a coiled radiating element which also reduces the length of the antenna, but not as much as a stub antenna.

Articulating or rotating antennas are highly adjustable and usually lock into position when their optimal coverage has been achieved. Their flexibility also increases potential mounting options. Many are half-wave dipole antennas.

Omnidirectional antennas are dipole antennas and can be used to create 360 degrees indoor or outdoor coverage. They tend to have lower gains than directional antennas as their beam is not focused. This means that reliance on a single Omni antenna may not produce the coverage desired and a combination of antenna types will be needed to achieve the best results. Outdoor omnidirectional antennas are robust with a well-sealed waterproof radome and a range of  mounting options. Some designs are through-hole mounting antennas, others come pre-mounted on a metal bracket with jumper cable supplied.

Directional antennas focus their transmission or receiving power in a specific direction, making them capable of providing high gain and long-distance performance.

These powerful omnidirectional antennas provide extensive  outdoor coverage. They should ideally be mounted at height and be unobstructed for line of sight visibility. They are typically made from quarter, half-wave or dipole elements phased to deliver optimal horizontal plane coverage. They are housed in a protective fiberglass radome.

What are the differences between LoRa versus SigFox?

● SigFox is positioned more as a network operator than LoRa, which provides the technology for companies to use to create their networks. SigFox will deploy its network for subscribers to use.

● SigFox networks tend to be simpler than LoRa networks.

● The coverage of SigFox is greater than that of LoRa.

● LoRa with CSS uses much more bandwidth than SigFox.

● SigFox is designed for infrequent transmission and has longer battery life.

● It has only very limited bidirectional communication between participating nodes. LoRa is marginally more sophisticated.

● The radio modules and chipsets are cheaper than those for LoRa.

● It is effective where sensors transmit data infrequently.

What are the differences between LoRa versus NB-IoT?

What are the differences between 915 MHz versus 433 MHz?

Bothe the 915 MHZ and the 433 MHz frequency bands are used for low power, wide-area networking. The 433 MHz band is subject to FCC restrictions in the US, meaning that the 915 MHz band is preferentially used for this type of connectivity in North America. The 433 MHz band may be subject to less interference as cordless phones and other appliances use the 915 MHz band as well as amateur radio. Interestingly, their performance is almost equivalent, though the 915 Mhz band has less coverage and smaller antennas, due to the shorter wavelength.

LoRa antenna: A Long Range or LoRa-antenna is an antenna that is resonant at frequencies that makes it suitable for operating in accordance with the proprietary LoRa networking protocol. These sub gigahertz frequency antennas facilitate low bitrate long-distance transmissions, that can exceed 10 kilometers (6.21 miles). In North America, the 915 MHz frequency is specified for use by this technology, meaning that 915 MHz antennas are typically associated with LoRa in the US market.

The 915 MHZ frequency band has demonstrable efficacy and robustness for low power, wide-area networking, and providing the support necessary for the burgeoning range of IoT applications. LoRa, in particular, has provided an accessible and readily reproducible technology for IoT networking which has a favorable profile in comparison to its nearest competitors.