Vents are used on network enclosures that need to allow constant air flow in and out while preventing dust, water and other forms of contaminants from damaging the electronic circuits. Additionally, they help to equalize the pressure within the enclosures, release gases and reduce condensation.

Our protective enclosure vents enclosures have durable seals and robust materials for a tight and reliable seal. Most protection vents have an IP67 rating, which what we also recommend. IP67 basically means the vent protects 100% against solid particles like sand and dust and can protect against water intrusion while the enclosure is submerged under water up to 1m for up to 30 minutes.

Enclosures protect sophisticated electronic equipment from corrosion, cold and hot temperatures, dust/particle intrusion, water intrusion, strong winds, and pressure variations. For them to successfully do so, they need Protection Vents.

The enclosures protect the equipment from corrosion, cold and hot temperatures, dust/particle intrusion, water intrusion, strong winds, and pressure variations. For them to successfully do so, they need Protection Vents.

Vents are used on enclosures that need to allow constant air flow in and out while preventing dust, water and other forms of contaminants from damaging the electronic circuits. Additionally, they help to equalize the pressure within the enclosures, release gases and reduce condensation.

To protect sophisticated electronic equipment, engineers design protective vent enclosures with durable seals and robust materials for a tight and reliable seal. Most protection vents have an IP67 rating, which what we also recommend. IP67 basically means the vent protects 100% against solid particles like sand and dust and can protect against water intrusion while the enclosure is submerged under water up to 1m for up to 30 minutes.

Enclosure vents deliver vital ventilation for electrical and electronic enclosures
It is important to ensure that an enclosure that houses powered electronic equipment is kept properly ventilated and cool. Enclosure vents and venting plugs are critical enclosure accessories that facilitate much-needed air circulation and equalization of temperature and pressure within an enclosure while maintaining the enclosure’s protective performance against the ingress of dirt, dust, and moisture.

Enclosure vent plugs or vent seals can be passed through an enclosure knockout much like a cable gland. Threaded vent plugs consist of a perforated head that allows airflow, a body to pass through the wall of the enclosure, and a sealing ring and lock-nut for an ingress protection rated seal. Alternatively, snap-on vent seals can simply be snapped into place. They are usually made from thermoplastics like ABS, PVC, polycarbonate, or nylon and should not compromise the structural integrity of the enclosure.

Individual vents, seals, and plugs have different levels of airflow and should be selected according to the requirements of the enclosure installation. The airflow of vents is measured in milliliters per minute and pressure in Kilopascals (kPa).

Why are enclosure vents important?

The effects of heat on wireless enclosures.
High temperatures can cause serious problems for equipment that is stored in an electronic enclosure. The enclosure, densely housed equipment, and individual electronic components within devices all have manufacturer-specified operating temperature ranges, within which they will perform properly. Temperature extremes will cause overheating within the device. This in turn causes derangement and dysfunction of electronic components in the following ways:

Heat-related changes lead to degradement of the performance of the equipment with erratic functioning commonly experienced. The lifespan of affected devices is drastically shortened and where the high temperature becomes extreme, devices will shut down, leading to downtime that is often costly. Prolonged exposure to high temperatures will lead to irreparable failure of the equipment and component and even give rise to fire, an additional hazard.

Sunlight is a major cause of enclosure overheating.
Outdoor enclosures are particularly challenged by overheating because prolonged exposure to sunlight rapidly increases the temperature of the enclosure interior. When the air surrounding the equipment exceeds its operating temperature, heat will move from the outside the device or equipment to within it. As well as solar radiation, proximity to high-temperature industrial machinery will also have a similar heat transfer effect. As the enclosed equipment itself generates heat, without a ventilation strategy, overheating is inevitable.

Enclosure size and dimension determines the speed at which it overheats.
The surface area of the enclosure is exposed to solar radiation and also be used for the dispersal of heat.

Strategies for keeping down the internal temperature of an outdoor enclosure.
As electrical equipment that is housed within enclosures constantly generates heat, there needs to be a strategy in place for the efficient cooling of the equipment. A stable, appropriate operating temperature can be maintained within an enclosure by ensuring that heat generated is efficiently dissipated. This can be done passively (natural convection), using venting, or by using active cooling mechanisms such as filter fans and exhaust inlets for the extraction of hot air and the drawing in of cooler air into the enclosure (forced convection).

Enclosure vents are used for cooling enclosures with natural convection.
Options for enclosure cooling will depend on the size and specification of the enclosure and the thermal load (generated heat) that will need to be removed. If the thermal load is low, the use of basic venting should be adequate for the removal of exhaust heat. This is a passive process and will have less cooling than can be achieved by forced convection with a fan. Vent plugs can be used with knockouts at the bottom and top of the enclosure, meaning that hot air will leave the enclosure by the upper vent while cooler air is drawn in from beneath.

Vent plugs can also be used with forced ventilation systems.
Where the thermal load of an enclosure cannot be dissipated by passive strategies, a fan-based forced ventilation system will become necessary. This usually involves a standard airflow strategy with the installation of a vented fan at the bottom of the enclosure door. The fan is used to suck in cool air through the vent and filter. At the top of the enclosure, there is an exhaust outlet. This had the effect of moving cooler air across the equipment while its exhaust heat is pushed up and out of the upper vent.

Use enclosure vents to prevent the build-up of humidity.
Humidity is a problem for enclosures installed in indoor and outdoor environments. Manufacturers will specify the level of humidity that electronic equipment can tolerate, but it should be kept as low as possible. Humidity plays a big part in the development and progression of corrosion and will shorten the lifespan of devices it comes into contact with. It can also cause electrical problems including the generation of short-circuits and the deterioration of insulating components.

Ventilation is also key to keeping condensation at bay.
As the seasons and patterns of weather change, condensation becomes a problem for equipment that is housed outdoors. In cooler environments, venting will be needed alongside fans as well as thermostatically controlled heaters to avoid a damaging build-up of condensation within the enclosure. If temperatures are low, moist air will settle on the relatively cool surfaces of equipment and condense, raising the risk of moisture ingress into the electronic equipment and the development of corrosion.

How can I reduce the effects of solar radiation on my outdoor enclosure?

In conclusion
The selection and positioning of enclosure vents are part of ensuring the reliable performance and longevity of network equipment. High-quality enclosure vents are RoHS and Conflict mineral legislation compliant and deliver consistent service without compromising the overall protective capabilities of the electronic enclosure. 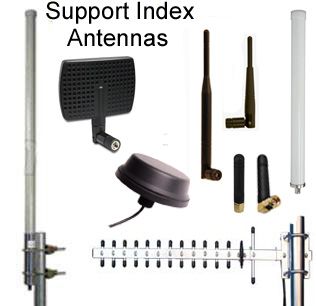 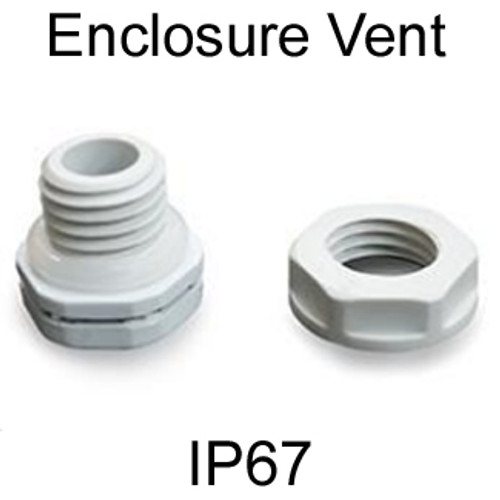