The Helium Network Proof of Coverage (PoC) algorithm is due to be updated by October 18th, 2021. This upcoming PoC system is known as PoCv11 and is a significant upgrade to the Helium blockchain. The implementation of this upgrade will have implications for Helium miners that are used with external antennas. In this short article, we will explain what Pocv11 is and how it can affect the use of an external Helium antenna.

Key takeaway for Helium Hotspot owners: the location and gain of your antenna and hotspot will count!

It is essential that Helium hotspot owners familiarize themselves with the requirements of PoCv11 as failure to take action may adversely affect PoC activity and HNT rewards. You will need to:

All updates can be completed via the Helium Network smartphone app.

Why are the PoCv11 changes being implemented?

These changes are being implemented to ensure that PoC events which are rewarded with HNT are accurate and fair. If there is an inaccurate record of an antenna location or gain the blockchain will interpret and make calculations incorrectly, potentially penalizing witness hotspots or unfairly awarding others. As Hotspot owners can claim that their location is anywhere, the PoC system is used to continually verify the location of hotspots by other network participants so blockchain rewards are distributed accurately. PoCv11 now makes the blockchain region-aware.

The asserted antenna gain supplied will be used by the blockchain to consider when making PoC receipt and witness validation decisions.

Prior to PoCv11. A default gain of 1.2dBi was assumed when validating receipt and witness transmission. Now the blockchain will utilize equivalent isotropically radiated power (EIRP) that is region-specific to factor witness/receipt transmissions correctly. The Helium antenna transmission power must comply with local or regional limits. In the US this is currently a maximum EIRP of 36 dBm. Transmit power will be reduced to comply with local limits. A 9 dBi antenna can be asserted without any transmission power loss.

This move will make sure that illegal transmissions do not earn any cryptocurrency rewards. If the transmit power of an external Helium antenna exceeds local regulations, it will be considered invalid, earning no rewards.

Transmissions that go beyond region boundaries also will not earn rewards. 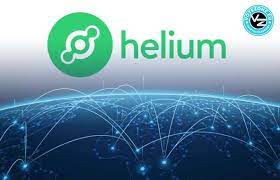