Compatibility with wireless applications:  Our N to SMA antenna cable's range of frequency band compatibility (from 0GHz to 18GHz), consistently low broadband VSWR, and impedance matching to 50 Ohm gear, makes them compatible and compliant for all the following applications:

Antenna Cable Coax is double-shielded, low-loss and very flexible:  Two options that are both rated for outdoor use and are also suitable for indoor use: 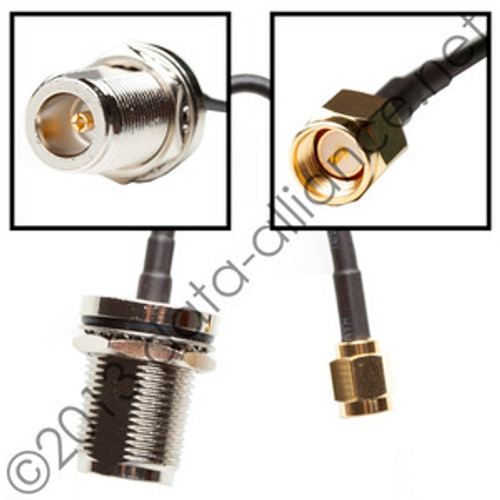