Cable is double-shielded (both versions: LMR100 and LMR200- see below), low-loss and very flexible/easily bendable coax with black jacket. The double-shielding is a major factor in the higher quality of this cable, which translates into lower loss/better performance.

BNC connectors connect with a half-turn. Gender is determined by the inside wire - not the outside connector. BNC is a Round connector with slotted mating collar. Quick-disonnect connector for coaxial cable: It is not only used for Wireless Antenna extensions, but also for video, audio, and networking coax applications. 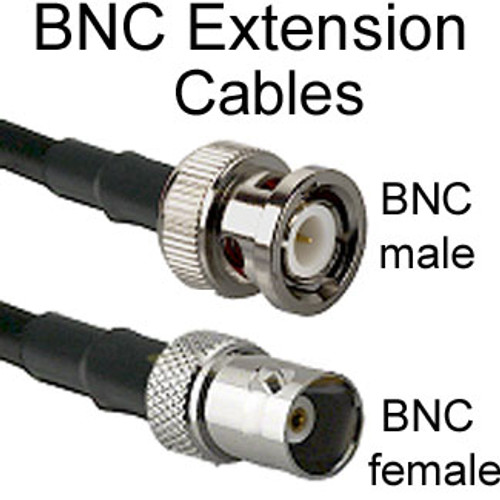