The merger between the Internet of Things and Blockchain is an emerging trend that will show no signs of slowing through 2022 and beyond. In fact, the synthesis of these two technologies and their accelerated adoption not only by industry but consumers is likely to be one of the tech sector's most disruptive events and will greatly expand how wireless networking equipment like high-gain external antennas are used.

The Internet of Things has enabled a potentially innumerable number of physical objects and devices to become networked, possessing IP addresses and the ability to exchange data about their status, usually via the internet. These newly interactive devices are expected to exceed 18 billion in number by 2022 and have so far relied primarily on a server-client cloud architecture for their connectivity.

The fast, accurate, and secure transfer of IoT data at scale is one of the biggest challenges affecting the expansion and adoption of IoT-based solutions. Currently, there is a demand for new methods of networking and information architecture to handle the volume of data IoT devices are capable of generating, which is likely to exceed the capacity of a conventional, centralized server system.

One of the main areas of innovation for IoT based connectivity is the use of Ad Hoc and Peer-to-Peer Wireless Sensor Networks (P2P-WSNs) that include:

●Mobile Ad Hoc Networks (MANETs): this type of mesh network consists of nodes that are mobile routers, that link wirelessly and have a continuously changing network topology as the nodes move around.

●Wireless Sensor Network: this network is made up of distributed autonomous devices that carry sensors that transmit data on various environmental conditions. Well-known examples include ZigBee and LoRa.

However, there are still key challenges that face IoT data transfer and management

The sheer volume of data that these automated network devices will transmit is a concern. For the Internet of Things to be useful, it requires suitable pipelines and storage for the data accrued so that it can be processed and interpreted easily. Solutions for this problem, using algorithmic processing and machine learning are still in development.

With so many types of networking used, there is no single infrastructural architecture that is used for IoT, making the validation of data problematic. Security is also a concern with the 'open' nature of many of the networks that support IoT data transfer.

Blockchain has emerged as a robust yet versatile means of compiling Internet of Things data.

At its most basic, a blockchain is a cumulative ledger made up of individual blocks of data, linked using cryptography. The data is linked in such a way that each new block carries an identifier from the previous block as well as a timestamp alongside the transaction data.

Blockchain was created and developed as a public transaction ledger by Satoshi Nakamoto the creator of Bitcoin. It uses Distributed Ledger Technology (DLT). The nature of this ledger means it is almost impossible to create duplicate transactions, preventing fraud, without reliance on a centralized means of verifying transactions.

Over time, this form of consecutively listed digital records has been shown to be highly resistant to alteration due to how the individual blocks are linked. The crypto hash and timestamp on each block demonstrate the veracity of the contained data because it cannot be modified within the chain as additional blocks are linked after it.

The security and immutability of blockchain mean that it has widespread applications that go beyond cryptocurrency trading. Public and private blockchains are run on a peer-to-peer basis with ledgers that adhere to strict protocols to generate each block. These blockchains rely on data transferred wirelessly via decentralized networks of nodes.

Blockchain and IoT are merging...

Both IoT and blockchain have yet to reach maturity and widespread adoption but despite ongoing innovation, the two technologies have become so interrelated for certain applications that it has given rise to the term the Blockchain of Things (BCoT).

Blockchain and IoT are both decentralized and autonomous and have been shown to be able to work in complement. One of the weaknesses of IoT is data security, but blockchain's extensive use of cryptography has meant that it has a higher innate level of security that is advantageous to IoT applications. IoT data can be sent to and indelibly recorded on a blockchain ledger, providing the secure database that IoT requires for legitimacy. Both technologies also utilize distributed nodes for the transfer of data and P2P (Peer-to-peer) networking to support them is seen as a significant commercial opportunity.

BCoT is the solution that unleashes the potential of IoT

Entrepreneurs and innovators seeking to overcome the limitations of cost and available bandwidth for supporting IoT networked products and services are turning to blockchain networks to provide a means of reliably and securely logging IoT data transactions. The early entrants to this new IoT marketplace are demonstrating the disruptive nature of these hybrid technologies which are underpinned by performance wireless networking equipment.

IoT-enabled devices can now send their data across the internet to private Blockchain networks to create a tamper-proof record of transactions and events concerning the device. Each IoT transaction is encoded in a data block and added to a chronologically sequential chain of data blocks that only increases and cannot be altered. These data chains can then be accessed and reviewed by permitted parties.

This decentralized approach to data storage provides impartial access to a variety of stakeholders without concerns regarding the veracity of the data as each transaction can be verified. Blockchain provides a solution for managing the potentially large volumes of data generated by IoT devices and sensors.

Integration of Blockchain with IoT

Using blockchain for IoT data storage is revolutionary and will mark a departure from the cloud computing model that has been primarily relied on for data storage for IoT. Cloud computing is currently used because it can provide the significant processing power that is required for the volume of data being transferred in real-time by IoT devices. However, cloud computing is centralized and reliant on a third-party cloud provider which may not be able to substantiate claims of security, privacy or provide explicit details of how exactly the data is being stored.

This makes blockchain an attractive alternative for IoT implementers, who have more insight and control with this decentralized system. Blockchain has also proved advantageous for IoT data that is to be shared and trusted by multiple stakeholders as it offers transparency, reliability, scalability, and the ability to include secure access control.

For blockchain to be successfully integrated with IoT solutions it has to be established where any peer-to-peer interactions should take place without compromising the latency and performance of the network. Integrations also should ideally avoid using the networked devices as nodes within the blockchain which would require additional hardware and computational resources.

Blockchain IoT has a broad range of applications across industries and sectors ranging from finance to agriculture. It is a particularly attractive means of running applications because it is not reliant on a centralized authority, intermediaries, or validation of data. The blockchain data ledger provides efficient data recording and the requirement of added security measures is reduced. Designers and developers are therefore enabled to use blockchain as integration for existing or new IoT projects.

[A] Blockchain IoT for transportation and logistics

The decentralized networks used in IoT blockchain mean that suitable connectivity can be acquired on the move for the close monitoring of IoT-tagged road freight. Internet of Things technologies are already being used for close monitoring of the condition of transported goods and the vehicles that carry them. By adding the data storage capabilities of blockchain, data points like temperature, location, and speed can be logged for cargo in real-time. The trustworthiness of blockchain means that the data stored can be used to keep goods moving efficiently.

[B] BCoT for regulatory compliance

IoT data storage using blockchain has enhanced veracity meaning that the ledgers created can data-trail is simple if IoT is used. By using blockchain to record the data transmitted by sensors, a ledger of equipment operational data and any scheduled maintenance or interventions can be composed. This ledger can then be used to demonstrate compliance with the necessary regulator body.

Tagged components within aircraft and vehicles can be continually monitored for their condition and performance. Vehicle telemetry data can also be recorded using blockchain transactional data transmitted to a network node or cell tower via a vehicle antenna.

Blockchain technology is already being integrated with smart home networking to produce novel commercial solutions. An example is a startup that produces a novel locking mechanism for vacation rentals and other property transactions. Their smart electronic locks are linked to the Ethereum blockchain and provide controlled access to the property without the owner having to communicate directly with the tenant/guest to provide a keycode or key location. The smart locks can only be unlocked by a device carrying the required token that is procured using an app that carries the necessary peer-to-peer communication protocol and payment for the rental via an Ethereum cryptocurrency wallet.

The distributed database of blockchain is proving to be advantageous in realizing the potential of the Internet of Things to transform agricultural productivity and the efficiency of food supply chains. With blockchain, the data from IoT devices used at various points in the agricultural supply chain can be securely aggregated into a database that can be used to monitor and track the key agricultural processes. Blockchain is favored by agronomists because it is traceable and accumulates its transactions in real-time across the supply chains being investigated. The traceability may also become consumer-facing with end-users being able to trace the origins of the produce they purchase and understand more about how it was produced.

Antennas for Blockchain Internet of Things

Hardware is critical to the performance of Blockchain IoT networking and the sensors, antennas, and meters that are used in the development of BCoT solutions need to be chosen carefully. For autonomous battery-powered radio devices embedded in remote locations, the durability and resilience of components against harsh environmental conditions for sustained service are vital for maintaining correct function with minimal requirement for maintenance or other interventions. Also in a variety of portable or wearable, IoT devices mobility is going to be an issue, and therefore the wireless networking solutions and hardware must be able to provide suitable coverage for moving networked objects.

High-performance antennas are essential for the robust support of BCoT applications. For many applications, a compatible external antenna can boost coverage, performance, and even earnings from cryptocurrency mining.

Selection of the best internal or external IoT antennas requires the expertise that comes with being one of the Southwest's leading wireless networking equipment distributors and a key supplier of antennas, high-quality cable, connectors, and adaptors for BCoT radio devices. If you are developing BCoT products, we are on hand to provide the antennas and wireless networking components that will refine, optimize or upgrade your solution.

Talk to us about your requirements for Blockchain IoT for 2022 and beyond. We can assist you with a comprehensive range of antennas for the Internet of Things including 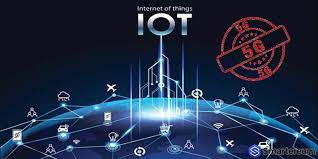